Challenge:  Successful business resulting in high income and equally high tax rates for the past years prompted an increase in lifestyle expense, but a downturn put them in a tough situation.  As a result, they were struggling with daily financial stress.

Result:  Sapiat helped the couple address some structural business issues, identify and implement tax saving strategies, find ways to reign in lifestyle costs, and put them on the road to financial independence.

Travis, in his fifties, and Tina, a few years younger,  had been together for over 20 years and had one daughter when we first met them.  Travis had built a small, very profitable, niche software company with a close friend.  As the business grew, so did Travis’s tax bill.  After struggling to build the business with his own savings, it seemed unfair for Travis to be stuck with such high tax liability.  Tina had been a successful local radio personality, but with the success of Travis’s business, she had decided to cut her time down from full-time to occasional project work.

When we met them, they explained their current situation.  Things had gone along extremely well for several years, but recently Travis’s business had changed.  Previously they only had one competitor about their size, but then a large corporation had entered into their niche.  The new competitor started slashing prices to steer clients their way, so business revenues had been hit hard.  Additionally, the minority shareholder in Travis’ business didn’t see eye to eye with him anymore.  This was a source of stress for Travis, and for Tina, as he frequently came home in a bad mood.  Unfortunately, there was no buy-sell arrangement in place that would have allowed a graceful parting of the two partners.

With their busy, successful lives, Travis and Tina had always spent freely, as the income from the business was easily able to cover their bills.  But now with two homes, three cars, a boat, and a complicated financial life, they were struggling.

In discussing their concerns, Travis admitted that his biggest fear, the fear around which all others revolved, was that Tina and their daughter would not “be ok.” if something should happen to him. They also discussed their dreams and given their current stress level, they really just wanted to get on track to a life where money was not a daily concern.

Sapiat got to work and started building a financial plan which addressed their greatest fear, making certain that Tina and their daughter would be taken care of no matter what happened.

Sapiat built a financial plan that had guarantees for Tina and their daughter’s financial well-being, restructured personal cash management, created a strategy to save significantly on taxes, and continued to gradually address all other key areas of their financial lives. They also spent time reviewing Travis’s business structure and helped him come up with a strategy to buy-out his business partner.

Later, Sapiat helped them with estate planning and business succession to complete their solution.

Fast forward to today, and the couple has dramatically dialed down the stress in their lives.  With lower tax bills, they’ve had more cash flow for savings.  They’ve pared down their extravagant lifestyle which helps them save more aggressively.  They’ve paid for their daughter’s college and are on track to retire much sooner than they would have ever thought.

With their busy, successful lives, Travis and Tina had always spent freely, as the income from the business was easily able to cover their bills.  But now with two homes, three cars, a boat, and a complicated financial life, they were struggling. 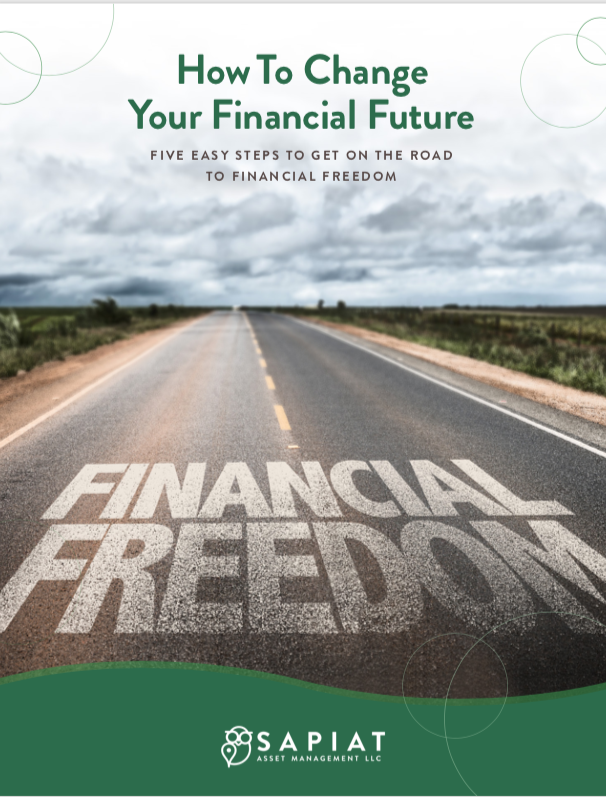 Download Our Free eBook: How to Change Your Financial Future

Your guide to taking control of your financial future and achieving financial independence.
Download Your Copy!

Stay current with our monthly investment tips and trends

For over two decades, Sapiat Asset Management has been helping people build financial independence and achieve their goals. Headquartered in Greeneville, Tennessee and serving customers in multiple states coast-to-coast, our independent, fee-only business model and evidence-based approach help us provide high-quality, objective advice to individuals and families.
Start a Conversation